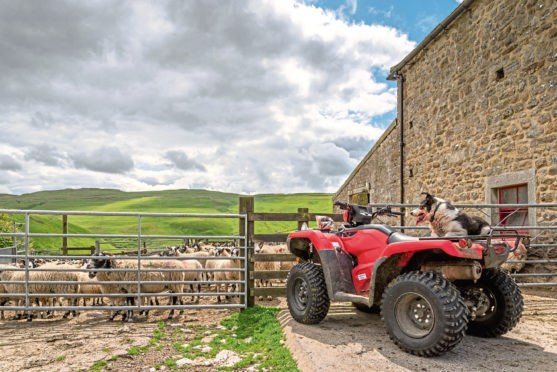 The financial and social impact of rural crime

Countryside crime is continuing to rise dramatically across the UK, reaching its highest point to date last year according to NFU Mutual’s 2019 annual Rural Crime Report.

In 2018 rural crime cost the UK £49.9m. Compared to the cost in 2017, this is an increase of 12%, or around £5.4m. It means that in the last two years the cost of crime has increased by more than £10m. You can download the complete report here: https://www.nfumutual.co.uk/farming/ruralcrime/

Rural crime covers a multitude of offences ranging from the theft of farm machinery and vehicles, livestock offences, fuel theft, equine offences, poaching and fly tipping. It covers the whole scale of financial loss from hundreds of pounds to hundreds of thousands of pounds.

Repeat attacks and limited police resources are the biggest concerns for people living in the countryside causing them to change the way they live or farm as a result. The theft of agricultural vehicles alone cost the UK £7.4 million in 2018, with quads/ ATVs being top of the list for thieves costing a staggering £2.6 million, an increase on the previous year.

In addition to financial cost, rural crimes severely impact farm businesses and are often associated with intimidation and threats of violence. Despite farms having experienced these crimes for generations, today rural crime is a major worry for absolutely anyone working or living in the countryside. People are feeling more vulnerable and are sometimes afraid to leave their homes and farms unattended, which adds to the problems of isolation and depression increasingly being reported amongst rural communities. This is no way for people to live and action against criminals in the countryside has to be increased to combat these issues.

As criminals tend to avoid farms and properties which are visibly secured, CCTV

is one of the most common and effective security measures being installed. Our CCTV cameras provide a very successful deterrent, with 75% of our installations opting for a camera using AcuSense technology, which not only detects the presence of humans and vehicles and notifies the customer, but also sets off a siren and strobe which immediately deters the intruder enhancing the security of your property further.

If you are concerned about the safety of your farm or feel that you could increase your security measures, both to make it hard for criminals to steal and to help bring potential offenders to justice, we have an array of high-tech security devices and systems to give you the peace of mind you need to concentrate on your livelihood. Get in touch on 01884 669030 or email [email protected]for full details.